Where Your Job Is Your Credit TM

Where Your Job Is Your Credit ® 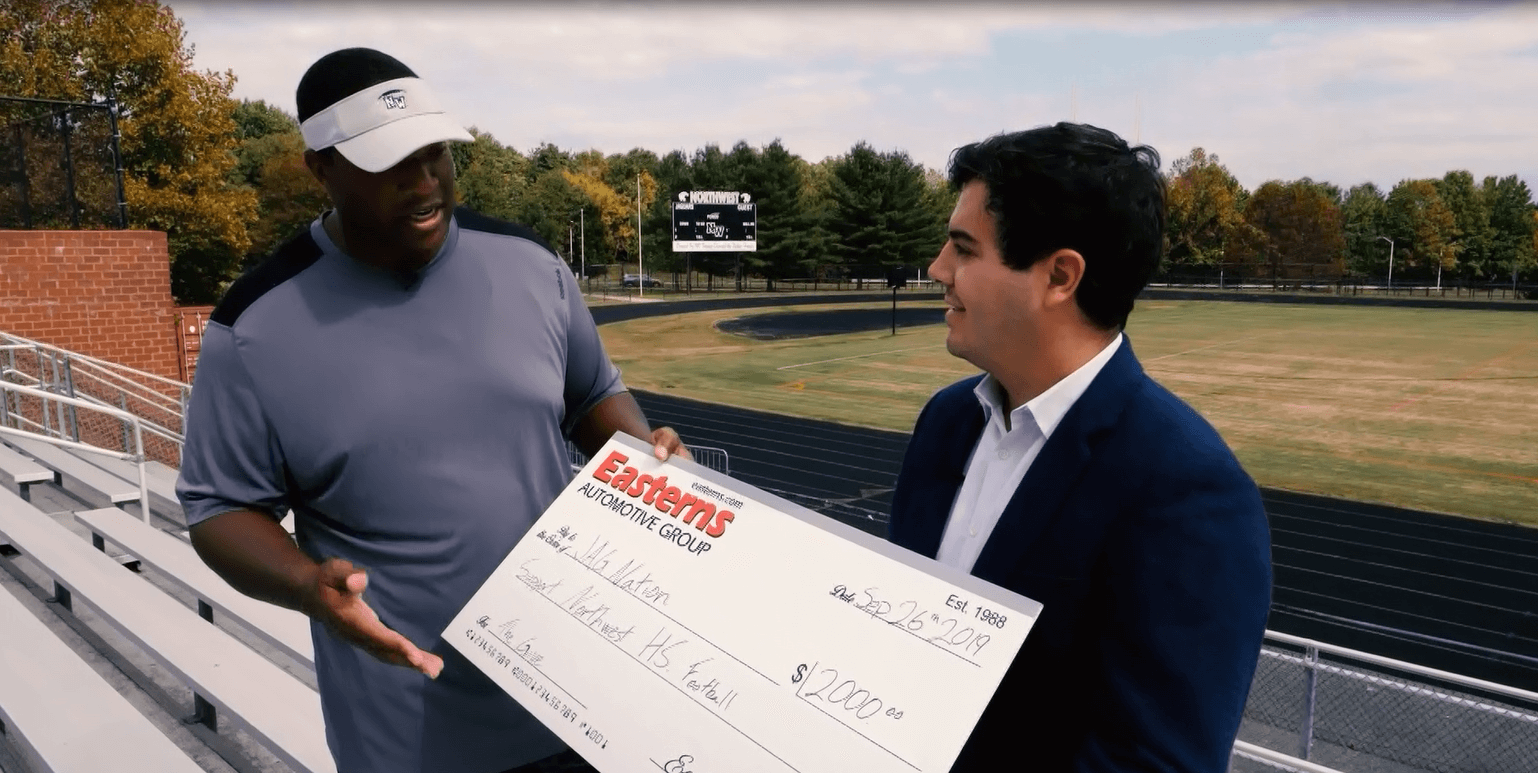 NBC Sports Washington recently shadowed Chris Samuels who is now the offensive coordinator for the Northwest High School football team.  Many may know Samuels from his time playing in the NFL for the Washington Redskins from 2000-2009.  This is his very first season with Northwest H.S. but his sixth season coaching high school football overall.  He is so excited to work with the talented young men of Montgomery County.  Samuels plans to pass down some of the lessons he learned while in the NFL to inspire and prepare them for what is to come.

The budget for the football program is limited.  However, as a coach, Samuels is going above and beyond to raise money so he can help develop the players into young men.  Joel Bassam, Director of Marketing at Easterns Automotive Group heard about his story and wanted to help out.  Bassam surprised Samuels at Northwest H.S. to present him with a $2,000 donation to help out their program.  Easterns is no stranger to giving back in the community as they have been doing it for over 30 years.  At this point, it’s in their DNA!