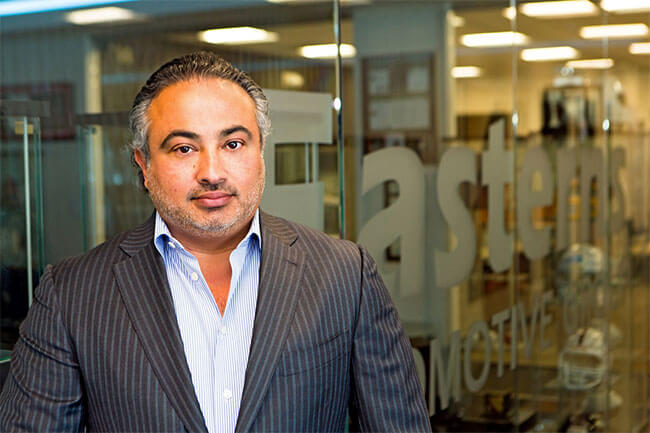 Robert Bassam founded Easterns Automotive Group and serves as its chief executive officer (CEO). Based in Washington, D.C., Easterns features six used-car dealerships and is operated through a Sterling, Virginia-based centralized corporate facility. In 1986, Bassam relocated to the D.C. region from Miami, Florida, to serve as a Mexican restaurant waiter. However, his passion to break into the business of car sales was born when he visited the Salvation Army. It was there that he purchased two cars for $50 apiece using his tip money. He then sold the cars to his co-workers for a whopping $300.

After Bassam and a co-worker pooled their money, Bassam was able to purchase 20 additional cars, and he never turned back. In 1988, he established Easterns during a short time period in which he was involved in car wholesaling. When potential buyers started to shop Bassam?s wholesale storage lot in search of high-quality used cars, Bassam?s first commercial dealership started in the area of Arlington, Virginia. Bassam realized that other area dealerships had rejected many car seekers, and because he felt that the subprime auto loan market was mistreated and undeserved, he made his ?Eastern Motors? brand the premier place for buyers to enjoy second-chance credit. He used the slogan of ?Where your job is your credit? and was soon able to add stores to his operation.

The dealership began to quickly book more than 100 deals per month with CAC. Bassam eventually expanded his spread of lenders and ended up having dozens of banking institutions working with him. After signing up with the institution Capital One Auto Finance back in 2003, Bassam used Capital One Auto Finance as Easterns?s No. 1 finance source. The group now operates with more than 30 lenders, who include those typically not available to non-franchises: for instance, AmeriCredit, Ally, TD Bank, and Wells Fargo. In addition, Bassam holds positions on the national dealer advisory boards of Kar Auction Services, Capital One Auto Finance, and Cox Automotive.

Easterns has experienced constant growth since this brand was first established. During the past four years, brand new efficiencies and innovations in the group?s structure have enabled it to provide even more competitive pricing and still maintain robust gross levels. Bassam?s philosophy as Easterns?s CEO is to do things ?better, faster, and cheaper? through centralizing operations as well handling business in house. Easterns currently operates the group?s corporate and central reconditioning facility located in Sterling, Virginia; it is a massive operation that takes place in a single warehouse spanning 90,000 square feet. All automobiles are bought and totally reconditioned here. In addition, all legal work, corporate accounting, marketing, customer care, tag and title, and human resource work is handled in this facility. The company furthermore operates a website along with an internet sales department, or business development center, that is centralized and makes all of the group?s 1,000 automobiles available to all customers anywhere. This department handles all outgoing and incoming communication with the group?s customers as well.

Bassam remains extremely passionate about motor vehicles; in fact, this car enthusiast?s constantly growing car collection is kept in the exact same park as his group?s headquarters. You can take a peek at Bassam?s collection here: Robert’s Garage