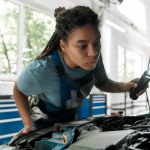 If you are looking for recommendations for which car, truck or SUV to buy, asking a mechanic might be your most reliable option.
Read More ...

With Manufacturers Moving to All EV, What Will Happen to Used Car Dealerships? 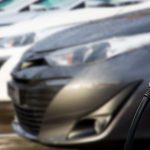 Buying and selling cars has drastically changed over the past decade. The worldwide pressure of going green has incentivized the auto industry to invest more heavily in electric vehicle (EV) manufacturing. With some manufacturers moving to all EV production, and some EV makers taking a new approach to selling their vehicles, traditional car dealerships are facing new challenges.

Which Manufacturers Are Going Green?

A handful of vehicle manufacturers have made it a goal to change production to only Electric Vehicles within the next decade or two. General Motors is one of them. They plan to be all EV by the year 2035. Volvo also made the commitment to go fully green by 2030. Other companies, like Ford, do not expect to be rid of gas-powered vehicles in their lines until 2040. These industry changes don’t just affect vehicle manufacturers. Companies like FedEx and Uber are also having internal discussions about how quickly to adopt EV technology and

The Future of Electric and Hybrid Electric Vehicles in Washington, DC and Baltimore 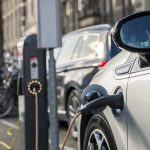 The rapid growth of electric and hybrid vehicle popularity is considered by many in the industry to be a cataclysmic shift in the auto market. Government incentives, pollution regulations and the affordability of electricity as a fuel source are driving rapid EV adoption.

In January 2021, General Motors made history by being the first major U.S. manufacturer to make a total commitment to EV. Their goal is to eliminate gasoline and diesel car, van and SUV production by 2035. GM also wants to be a carbon neutral company

Buick is an American luxury automotive brand under the General Motors manufacturing company created in 1899. Other automotive brands under General Motors (GM) included Cadillac, GMC, and Chevrolet. Here at Easterns Automotive Group, we carry all of these different GM brands. It?s important to us that our customers have a variety of quality used vehicles to choose from. The Buick cars that we have in stock range from about $16,000 to $30,000.
Read More ...
Buick

Cadillac is a division of General Motors (GM) and is definitely a popular automotive brand that we sell here at Easterns Automotive Group. General Motors also houses Chevrolet, Buick, and GMC just to name a few. Cadillac has many different models to offer our customers.
Read More ...
Cadillac

We believe in keeping a large selection of BMW cars here at Easterns Automotive Group. BMW is short for Bayerische Motoren Werke which is a German company that manufactures both luxury cars and motorcycles. The price of a BMW car can vary. They tend to start at the low $30,000?s and go above $100,000.
Read More ...
BMW

Here at Easterns Automotive Group, we keep a wide selection of Audi cars available. We currently have over 20 Audi vehicles available in our inventory. It?s important to us that we keep a variety of models for all of our customers located throughout the DC Metro, Maryland, and Virginia communities. The Audi A4 is a compact vehicle that adds a splash of luxury into the mix competing with the BMW 3 Series, Jaguar XE, and the Lexus IS.
Read More ...
Audi

Here at Easterns Automotive Group, we keep a wide selection of Acura cars. No need to go to an Acura dealership only to when you can shop right here with us. Some of the most popular models include the Acura RSX, Acura MDX, and Acura RLX. Movie buffs and car fanatics may know the Acura NSX, the race car in several movies like Fast & Furious. Another popular Acura vehicle is the Acura TL.
Read More ...
Acura

We’re OPEN and Ready to Assist